Fridley, Minnesota – In August 2022, 22 interns participating in the Minnesota Trades Academy (MTA) summer internship program, obtained the opportunity to meet with, and learn from, leadership at Central Roofing, a Fridley, Minnesota-based commercial roofing contractor. The Minnesota Trades Academy is a paid summer internship program for high school students conducted and funded by the Construction Careers Foundation. 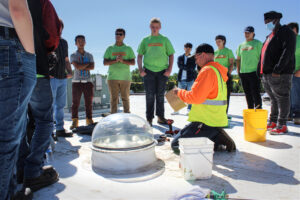 While Central Roofing has partnered with programs similar to MTA in years past, the contractor typically appeared as a guest through a local construction union. As the contractor began noticing fewer people entering the trades, Jessica Tesdall, Vice President of Marketing at Central Roofing, decided it was time to take a more active role in connecting with interested youth.

“As the largest commercial roofing company in the state of Minnesota,” said Tesdall, “it is our responsibility and privilege to advocate for the industry and share new career opportunities with young people.”

Having spent 15 years as an educator prior to her role at Central Roofing – first as a teacher and Secondary ESL Specialist at Anoka-Hennepin School District and then as an Instructor in ESL Education at St. Olaf College – community outreach to schools is a passion for Tesdall.

“When I was teaching, I did a lot of work for post-secondary opportunity programs showing interns career options,” said Tesdall. “Now, having been full-time with Central Roofing for 10 years, company outreach to schools has always been a large part of what I accomplish through my role.”

The Interns’ Day at Central Roofing

Central Roofing designed the day to give interns a well-rounded background of the process of building commercial roofing, complete with a building tour, introductions, and words of wisdom from folks across many of the contractor’s departments. The MTA interns even received a demonstration on blueprint reading and roof replacement from the production team. Composed of 250 professionals with varying trade experiences including commercial construction, the tour of Central Roofing allowed the interns the unique opportunity to see how each trade works together to accomplish a goal.

“For this MTA tour, we represented five different union trades and then some,” said Tesdall. “We have multiple trades in our building working together to produce these incredible projects. We wanted to showcase that from our vantage point, though roofing is our primary business function, we see a lot of value in supporting the trades in general.”

During the day, MTA interns met with representatives from the North Central States Regional Council of Carpenters, the International Association of Sheet Metal Workers, Operating Engineers Local 49, Roofers and Waterproofers Local 96 and more. Interns had the chance to make connections with each union, ask questions, and learn more about the role of each trade at Central Roofing.

“Commercial roofing is a very dynamic task and the trade has changed so much,” said Tesdall. “We want to give the interns a holistic outlook by showcasing our departments: sales, service, production, sheet metal, and so on.”

Mike Mehring, Vice President of Commercial Sales at Central Roofing, and Rodney Turcotte, Production Superintendent and Warren Stock, Owner of Central Roofing, were among the representatives from different departments who spoke to the interns. The speakers provided interns with an overview of each department and the roles and opportunities that are available in each.

“A lot of our field employees start out as operators, roofers, and service techs, and some eventually go into sales and project management,” said Tesdall. “We want to share with the interns the different leadership and growth opportunities that exist at our company, and to plant the seed that there is an upward path for employees.”

As representatives from each individual trade met with the interns, the level of support in the room was evident. Nearly every union representative had a similar message: If the interns find themselves seeking a job, even if it isn’t in their trade or union, they are available to help. Just pick up the phone and call.

One speaker in particular, Jason Stock, Central Roofing’s Chief Financial Advisor, had one strong piece of advice for the interns: Take control of your own path. 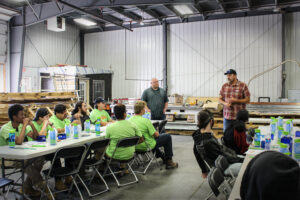 “If you have a company or work culture you’re seeking, go out and find that. Use your network that you’re building through the MN Trades Academy,” advised Tesdall. “The more people you know in the trades, the more you get a sense of where you will want to work.”

Tesdall is thrilled at the potential she saw in this year’s interns and is riveted to continue her work connecting youth with career opportunities in the trades.

“Our entire team is excited and energized to do more with the Minnesota Trades Academy and other organizations similar to it,” said Tesdall. “We would love the opportunity to travel to schools or to host other days such as this one, where interns can come to our building and have hands-on experience.”

To gain access to an all-encompassing resource for information regarding the Minnesota building trades, visit www.ConstructionCareers.org. To learn more about the Minnesota Trades Academy, click here.

Another Central Roofing-sponsored partnership wins Board of Governors Emmy Award

Now Available: 2022 Issue #1 of From the Top by Central Roofing Company 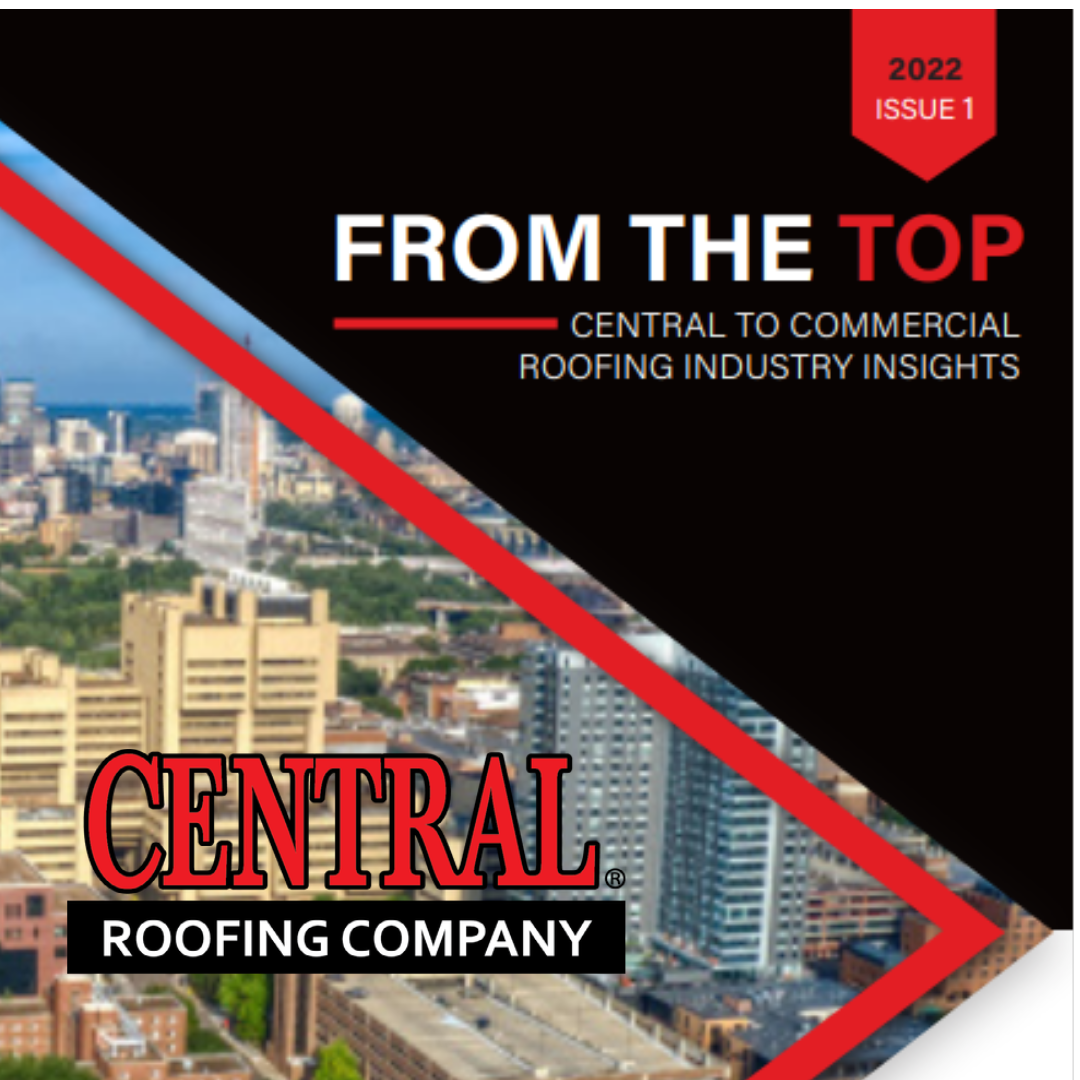 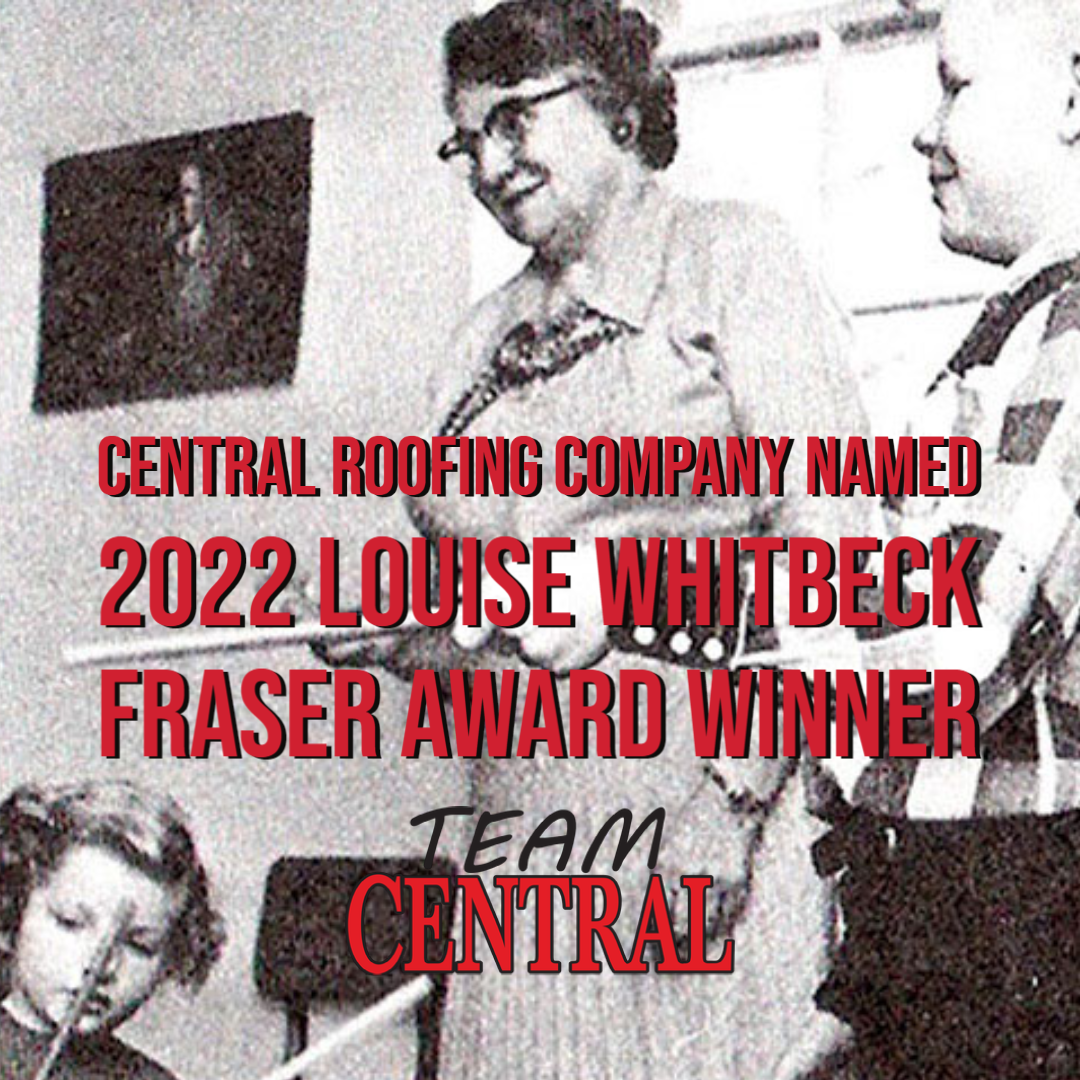