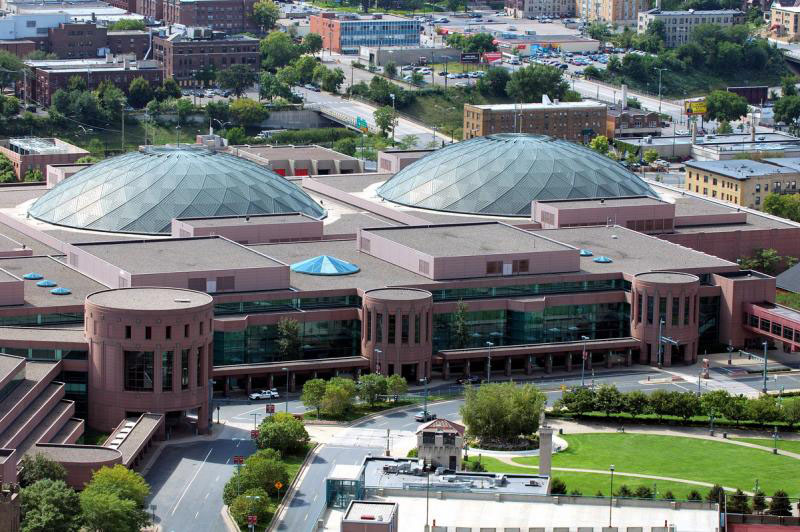 Sika Sarnafil, one of the largest manufacturers of roofing materials in the United States, produces an annual Projects of the Year publication featuring the best of the best projects completed with their materials. Central Roofing Company was nominated for the Minneapolis Convention Center project in the Steep Slope category and won second place. We are featured in the Sika Sarnafil Roofing: 2013 Projects of the Year booklet. The article about Minneapolis Convention Center project reads as follows:

The portion of the Convention Center was completed 22 years ago and the copper roofs had long-standing leak problems. The new dome panels had to mirror the old copper roof in size, shape, color and batten configuration.

To achieve this, Sarnafil panels and 13 miles of Décor ribs were fabricated and welded together in a company warehouse, brought to the site and adhered in place. The project totaled 120,000 sq. ft.

The Convention Center remained fully operational during the reroofing process. The 12/12 pitch and 70 ft. center point height of the domes resulted in tie-off protection for all workers at all times. Multiple crews totaling up to 60 employees worked the three domes simultaneously. This project was completed on time, within budget and with exacting detail and workmanship.