Located in Maplewood, Minn., Aldrich Arena hosts dry floor events for several months each year. These include concerts, conventions, graduations and craft shows. But the true spirit of the facility picks up when ice hockey starts each autumn. From October through March, up to 3,200 people sit in the bleachers to cheer on their favorite teams.

“The annual Ramsey County Fair is held on site and in the building every July,” says Mike Olson, estimator/project manager with Central Roofing Company. “We couldn’t start the re-roof until after the fair. And, it was imperative that we had it finished by October so they could reopen for the hockey teams. Even though we had a rainy September, we were able to meet the deadline.”

When Central Roofing won the bid for the publicly-owned building reroofing project, they immediately started working with Loeffler Construction, the general contractor for remodeling effort.

“We’ve worked with Central Roofing on quite a few projects over the years,” says Will Forbord, CPE, project manager/estimator for Loeffler Construction. “They get the job done in a safe and timely manner. This project was no different. The company assisted with pricing a variety of roofing systems. Once the best option was decided on, they dedicated themselves to reroofing Aldrich Arena.”

As the construction team worked on their remodeling projects, the Central Roofing team also got to work. They began by tearing off the existing four-ply built up roof on Aldrich Arena. Old insulation was torn off down to the existing vapor barrier. The entire roof area needed 487 squares of material for completion.

As Olson explains it, the Central Roofing crew created a new roof that will last for decades. “We installed Johns Manville 60 Mil fully-adhered TPO, which has a state-of-art thickness gauge,” says Olson. “This product delivers high-performance ozone resistance, cool roof reflectivity and overall weather resistance. We rely on this TPO for many projects in Minnesota.”

Other products included in the built up roof include ½-inch USG Securock® Gypsum-Fiber Roof Board and Johns Manville Enrgy 3® tapered saddles and crickets, plus insulation. All of these were set in low rise foam insulation adhesive. Two-inch Johns Manville Enrgy 3 base layer insulation was also set into the foam adhesive. A Tectum Roof Deck by Armstrong® was already in place to assist with sound absorption. Sheet metal flashing work helped complete the project.

“Aldrich Arena is a classic indoor hockey venue,” says Olson. “This is actually the second time the structure has been re-roofed. The first reroof was in the late 1980s. Now it has a durable roof that will last for several more decades.” 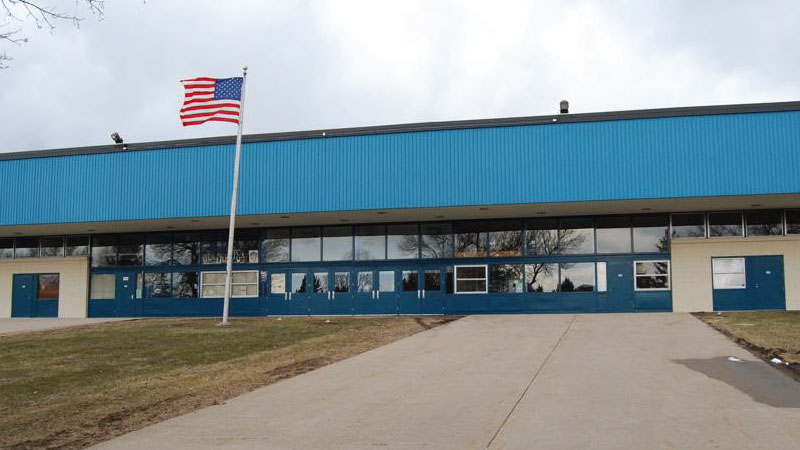 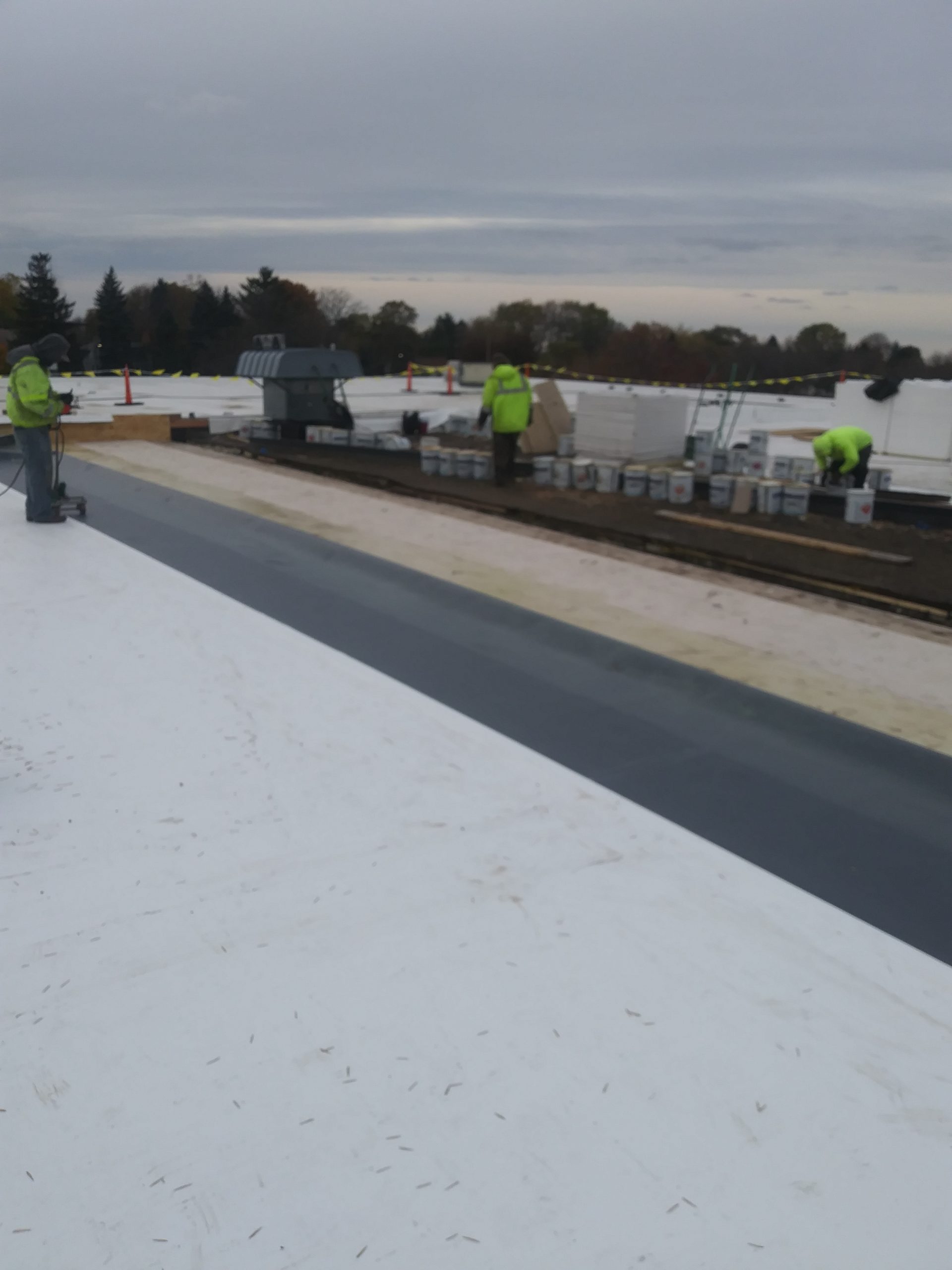