Founded in 1977, the Hubert H. Humphrey School of Public Affairs attracts students from all over the world. More than 40 years old, the building at the Humphrey Institute of Public Affairs had a problem in 2019. Leaky roof areas.

Miller Dunwiddie architectural firm was brought in to assess the building envelope and investigate leaks. The team was asked to design replacement of the roofs, plaza waterproofing, skylights, and masonry restoration. They also provided construction administration services for the implementation of the building envelope remediation to enhance the Humphrey School of Public Affairs.

As the Miller Dunwiddie team moved ahead, there was a bid process to secure a roofing team. Central Roofing Company, a leader in commercial roofing projects, won the roof replacement project. The Minneapolis-based roofing company works regularly on maintaining the roofs at the University of Minnesota, where the Humphrey School of Public Affairs is located.

“The roof on this structure was old and in poor condition,” says Jesse Wilcox, project manager with Central Roofing Company. “Clearly the roofs had been leaking for years. When we started the job, much of the existing roof systems were unknown. Our team worked for almost three months to take up the old roof and lay down new, waterproof roofing systems.”

After removing old peel-and-stick waterproofing materials and other decaying roofing materials, the Central Roofing crew started the installation of three different roofing systems. On the bulk of the project they installed high-quality Johns Manville built-up asphalt roofing (BUR) with the redundant ply system. This is the system Central Roofing installs on all new roofing projects at the University of Minnesota.

“We’re a regular roofing contractor for more than 150 buildings on three campuses of the University of Minnesota,” says Wilcox. “This BUR has proven itself durable and traffic-resistant over time. That’s a key reason it was selected for this replacement roof project.”

Before installing the BUR, Central Roofing had to replace a waterproofing system that was more than 30 years old. In some locations landscaping had overburdened the system. In those areas a hot fluid applied Hydrotech® system was installed.

A third roofing system was installed on an upper management office location. That’s where a walk-out pedestal paver system had been experiencing leaking. The Central Roofing crew removed the pavers and pedestals and then installed an 80ml Sika® Sarnafil® PVC waterproofing membrane. New pavers were added along with PVC protections at some small eyebrow roofs.

“This work all occurred during a really rainy season,” says Wilcox. “This was a logistically difficult project. We ended up positioning large Potain® tower cranes in two different locations. This allowed us to reach a sprawling facility with six different elevations and more than 30 different locations.”

The active campus location and size of the replacement roofing project were challenges dealt with by Central Roofing. Rather than simply handle the job with the minimum of safety requirements (stations and flag lines), the roofing company installed thousands of lineal feet of hard wood barriers on all roof levels.

“You can never do too much when it comes to safety,” says Wilcox. “The protection of the public and our crew are always a primary consideration on any project we undertake.”

With the project now complete, Andie Noonan with Roof Spec Inc., is pleased with the final outcome. Her specialty engineering firm addresses the design and performance of the building envelope, including exterior walls, roofing and waterproofing systems.

“We were hired to provide quality assurance inspections,” says Noonan. “The caliber of work provided by Central Roofing was very good. Our companies have worked together on other projects and we’re consistently impressed with the work excellence their team brings to a project.”

ROOF REPLACEMENT FOR THE HUBERT HUMPHREY PUBLIC SCHOOL OF AFFAIRS 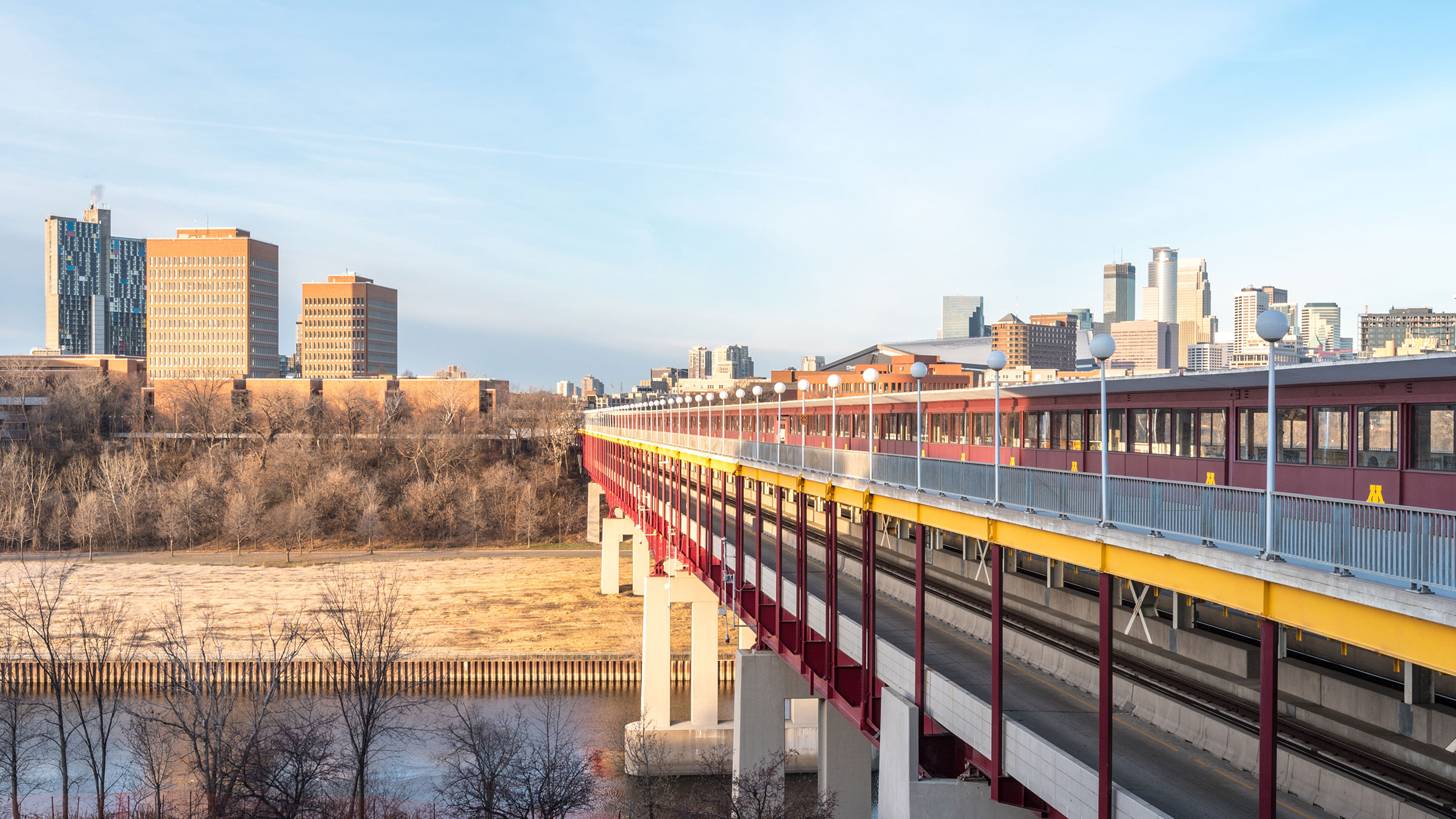 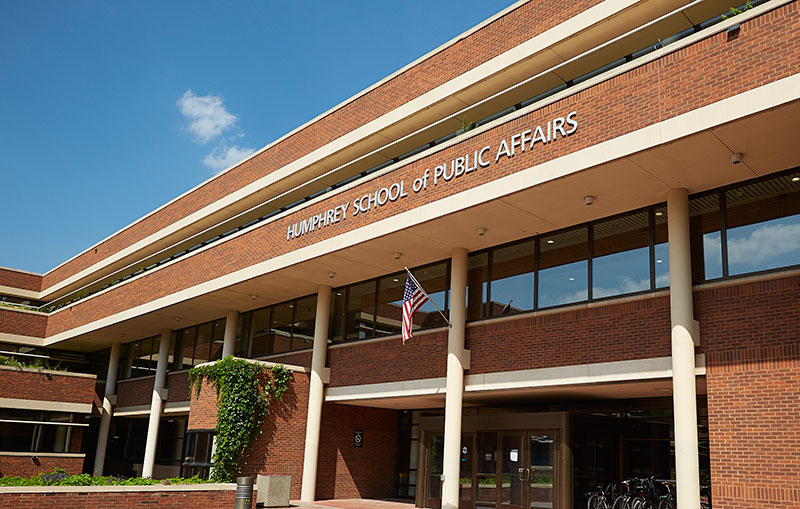