In the trendy North Loop section of Minneapolis, the Warehouse District is anchored by Itasca Lofts condominiums. More than 100 years old, the converted warehouse is home to 71 units plus a restaurant, comedy club and commercial space on the first floor. Six stories tall, the structure’s old roof was failing until Encompass Inc. and Central Roofing Company stepped in to help.

Built in the early 1900s, Itasca’s five warehouse buildings were renovated into mixed-use space in 1980 by the Cuningham Group. Four decades later, age-related issues and leaks resulted in Itasca getting a new roof in 2020. The difficult project revealed layers of roofing challenges.

“We started by removing a built-up roof (BUR) that was probably 35 to 40 years old,” says Henri Germain, project manager with Central Roofing Company. “Once we got down to the original roof deck, we were surprised to discover it was made of old three-inch thick planks.

“Today’s roof decks are made of one-half-inch of plywood. These original planks were an old style of tongue-and-groove. It’s fascinating to really see the way structures were built more than a century ago.”

Before the Central Roofing team started the re-roofing process on the 30,000-square-foot roof space, Encompass was brought in to analyze the failures of the roof system and oversee the construction. Through a bid process they hired Central Roofing.

“There were various unknown elements and unforeseen conditions when the project started,” says Ben Sandvig, project engineer with Encompass, Inc. “Central Roofing’s experience was evident and critical to executing this project effectively.

According to Germain, the most challenging aspect of the project was working around dozens of different rooftop elements. A variety of penetrations, curbs, pavers and HVAC units exist on the condo’s roof. To help make the job easier, a Potain® crane was brought to the site.

“We started by installing plastic on all the interior ceilings to protect the individual homeowner units,” says Germain. “Then our foreman Adam Freitche and superintendent Matt Tueffel led the effort to demolish all the wood decks and railings owned by top floor unit owners. After that we removed flashing at the parapets between sections. Next, the old tar and gravel roof system was taken out down to the wood planks.”

To start the rebuilding of the roof, the Central team used a variety of Johns Manville products. The fully adhered roof system includes EPDM with a 90 mil. rubber surface. Double the thickness of an average roof, the Johns Manville product was installed to reduce the potential of future leaks. Three-inch JM Enrgy 3 ISO insulation was installed along with a half-inch coverboard.

“Next we installed a JM Vapor Barrier SA to make the roof system function better in the future,” says Germain.

As the weeks of work progressed, 17 Wasco and Velux® skylights were installed, and curbs were raised to account for the height of the roof. At the roof entry doors, along with the base and top of the stairs, walkway pads and paths were installed to access HVAC units. Paths were also created for the top floor unit owners to reach their newly-built roof decks.

Working around the stand-out roof structures, the Central team installed Firestone Una-Clad 24-gauge sheet metal to provide a roof with a stunning appearance. Just over five months of re-roofing was completed in late August of 2020.

With the re-roof now complete, the leaks are gone and condo owners are once again enjoying their Warehouse District living space.

“The Encompass and Central Roofing teams really worked well together on this project,” says Brian Droske, association manager with FirstService Residential. “Our company has managed the homeowners association for Itasca Lofts for about 40 years. The top floor condo owners are especially pleased with the roof renovation.

“These owners have the ability to purchase a license agreement from the condo association, allowing them to build roof decks directly on top of their units. Some of these owners also have roof access staircases going from their unit to their rooftop decks that overlook the Mississippi River. The new roof and their roof decks make these condos all the more valuable for residents.

“Despite many challenges that everyone acknowledges, this project was completed successfully. Central Roofing’s experience was evident and critical to executing the project effectively given the various unknown and unforeseen conditions of the existing construction.” 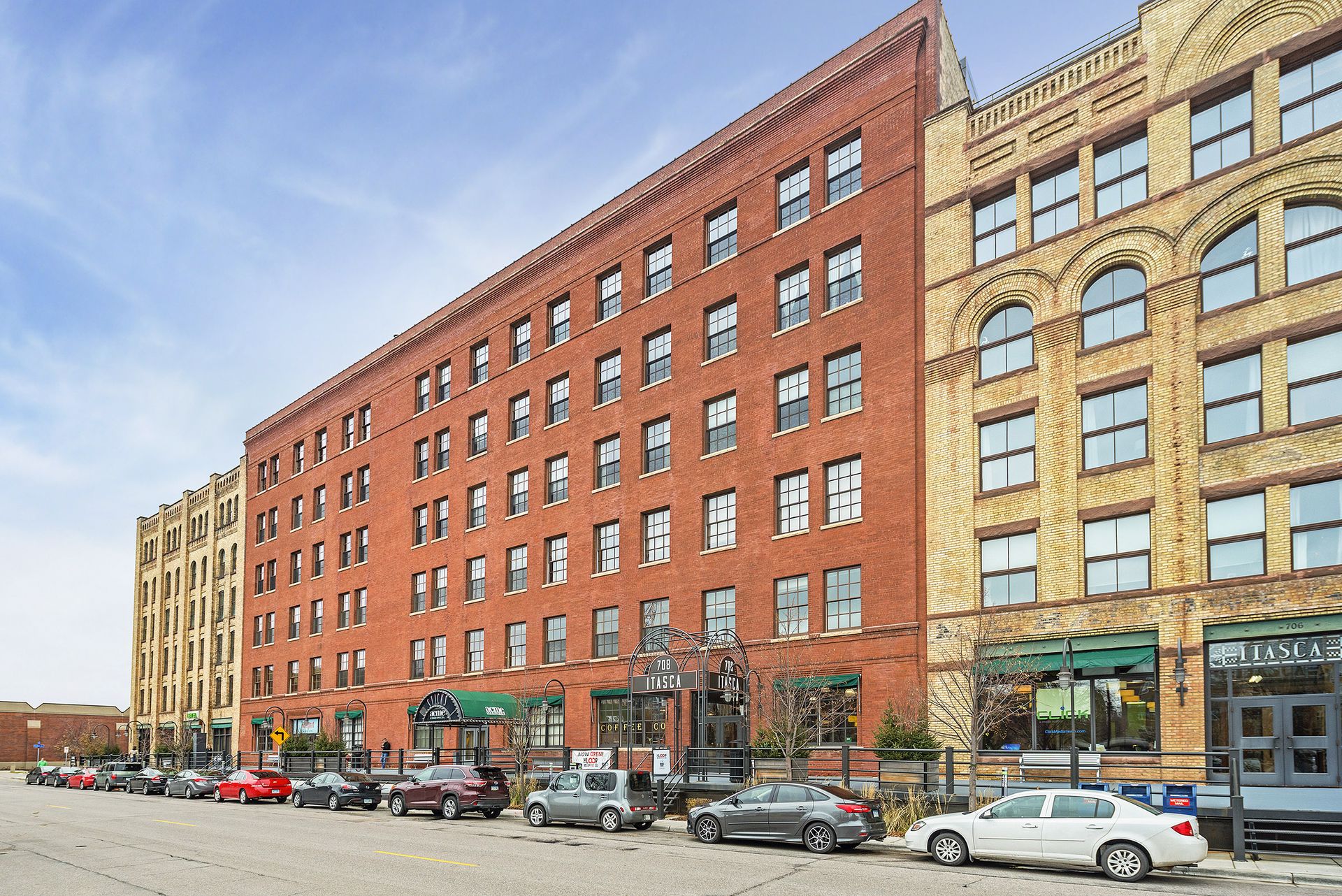 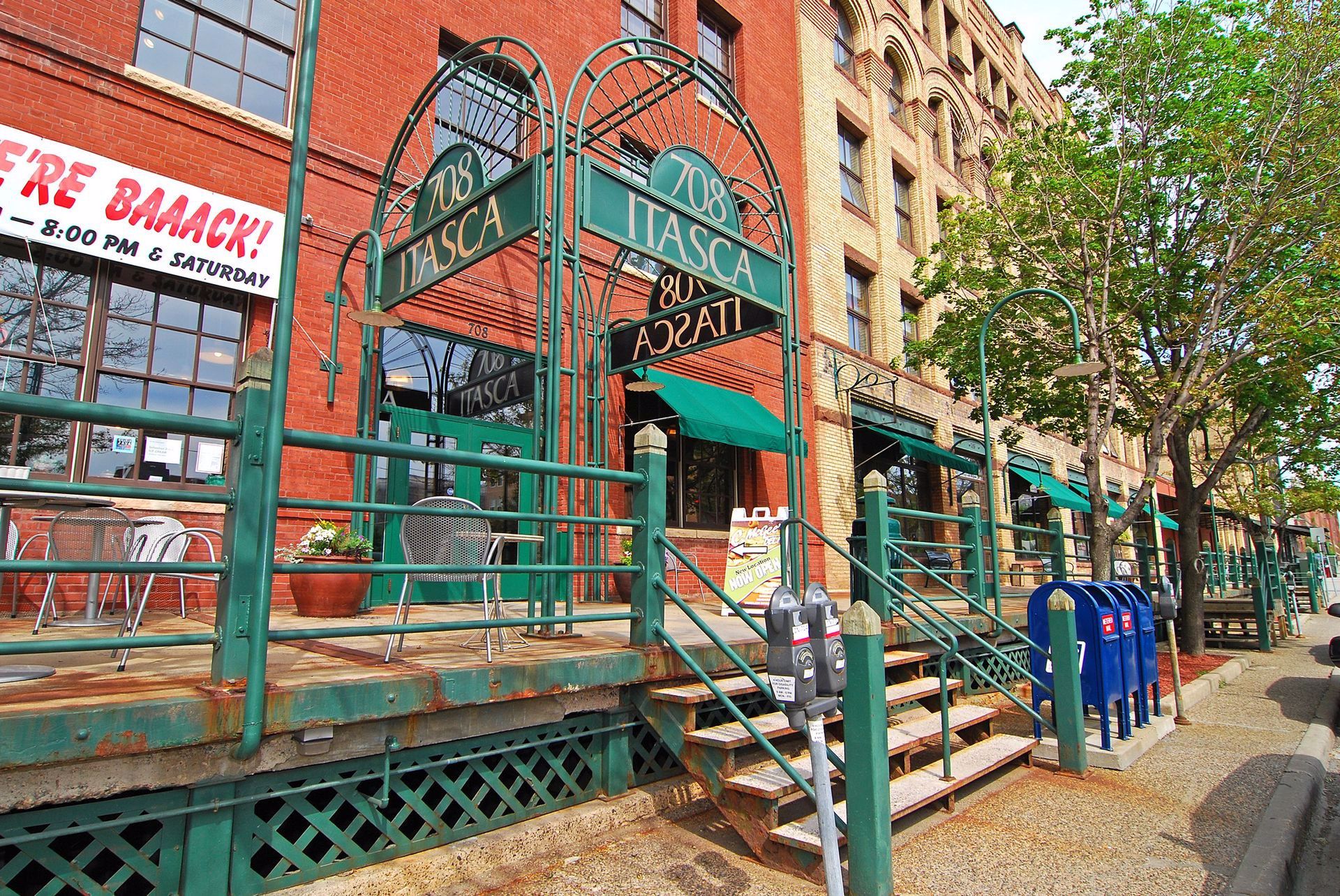